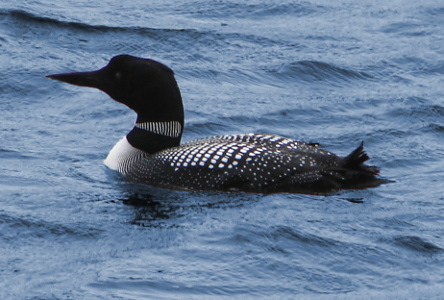 When considering what makes northern Maine different in terms of the types of birds you can expect to see…even when you think about how varied these areas are, you need to understand that there are many environmental factors both natural & man-made that affect whether birds choose to habitate a certain region.  For example, the many indigenous species of trees, namely; balsam fir, spruce, tamarack, alder and cedar, along with maple, beech, poplar or “popple” (as it is known as by the local residents); and birch;  attract different types of birds . This is also due to the fact that there are less-humanly populated, immense tracts of forest; (many of which have been ‘clearcut’); owned & managed by the wood products industry. Logging roads have also created opportunities for bird watching in areas that were previously not easily accessible.

Another factor is that the landscape is covered to a large degree with large & small bodies of water including thousands of lakes, rivers, streams, ponds, wetlands & bogs; which are home to the many forms of wildlife, birds, insects & fish.  The habitat has an abundant food source that sustains a large concentration of migratory & non-migratory species of breeding birds, including the common loon, northern goshawk, yellow-bellied and olive-sided flycatchers, red-breasted nuthatch, winter wren, hermit and Swainson’s thrushes, rusty blackbird, white-throated and Lincoln’s sparrows, purple finch, white-winged crossbill, and evening grosbeak, as well as warblers; which seem to be the favorite of birders drawn to the East Grand Lake area. This due to the fact, that there are twelve to fifteen different species that can be viewed on any given day in June. Eagles & hawks are an incredibly beautiful & precious sight in the East Grand Lake area, several types of hawks; including the Red-Shouldered Hawk.

East Grand Lake, and other areas in Washington County; boast a unique environment that are well worth a birder’s attention. There are blueberry barrens, (a large open area, where blueberries grow; often these are acidic bogs & clearings), as well as grass & wetlands hosting indigenous species, & some stray varieties from the Maine coast.